My son once had a dream that he found me dead beneath a pile of dirty clothes.

Today, only a few weeks away from being a licensed counselor, he could probably provide me with an irritatingly accurate analysis of that dream.

He dreamt it years ago during the divorce, and I can’t say I didn’t feel exactly like that, like I might smother and die beneath a mounting pile of secrets and sins and everyday chores and child rearing that suddenly seemed to weigh 10 times its weight in normal.

I still wonder about the details since I never asked him. Did all the t-shirts I refused to turn right side out finally get their revenge? Were the lights separated from the darks? Was I clutching a dryer sheet in one cold hand and a very clean $5 bill in the other?

Sometimes we feel that overwhelmed even when we aren’t going through a traumatic season.

Sometimes we are just buried in the mundane, and the ordinary becomes it’s own burden.

Maybe that’s because most of our life story is lived between the lines. The day job, errands, and dirty laundry–the literal and figurative.

That’s why I recently changed the name of this blog to Living between the Lines.

Because that’s what I’m doing, even though–especially as a writer–I envision my life reading more like a really compelling National Geographic article or the biography of Joan of Arc (without the burning alive part). I am a story. Or at least a SparksNotes version of one.

We hear a lot about STORY in relation to the lives we are living.

We use quaint phrases about being co-authors with God. Ugh.

Great stories, the ones people want to read, are in books. But even the very best books collect dust on people’s shelves or get assigned to high school sophomores who just buy the SparksNotes version.

Paul Young, author of The Shack, said, “We don’t just have a story, we are a story.” But maybe I’m more like a short story in an anthology…

Years after the “Exhausted Divorced Mother Dies in Laundry Avalanche” dream, my son told me that one of his favorite songs was “Helplessness Blues” by Fleet Foxes, mostly because of the lyrics. So I listened closely, hoping to better understand my man son.

I was raised up believing I was somehow unique.

Yep, I taught him that.

Like a snowflake distinct among snowflakes, unique in each way you can see.

Yes, you are a snowflake, Sweetie!

And now after some thinking, I’d say I’d rather be

Rather be what? What’s wrong with a snowflake?

A functioning cog in some great machinery…

What the hell? Just functioning, not excelling? Cog, a cog? A big machine? What is this, Orwell’s 1984?

…serving something beyond me.

Oh. Well, you may have a point.

Isn’t that what the Christian life is supposed to be about? It’s about God and our being part of a greater story, which makes me responsible for developing my character, for moving the whole kit and caboodle forward, and for changing and growing along the way.

Sure, I may be a story, but I am not the story.

All the things we do in the “meanwhile” have meaning.

Just because most of our life happens between the double spaces and in 8-point font doesn’t make those parts less meaningful.

Why does life between the lines matter so much?

1. It develops our character and proves itself when the big stuff happens. This wisdom has slapped me in the head over and over again with its raw truth: “Whoever can be trusted with very little can also be trusted with much…” (Luke 16:10ish)

2. It gives us some space. It isn’t humanly possible to only live big stories. Adventures. Thrillers. Harlequin Romances. No one in those stories ever spends a Saturday morning paying the bills or has to pull over and let their car sick kid puke out the window. Life between the lines creates some cushion between the big happy events we celebrate and provides some respite during the most trying times.

3. It lays the foundation for the rising action, support for the climax, and a gentle slope for the denouement, the gentle descent that follows the peak. No one ever looks at a beautiful home or towering high-rise and says, “Get a load of the foundation on that thing.” The dirt rises and falls beneath the majestic mountains and the green valleys in all our lives. 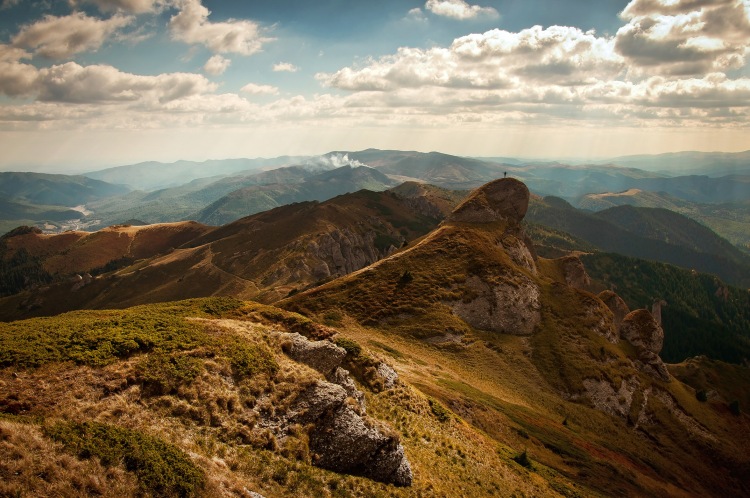 Has anyone ever said, “You should write a book about your life”?

If, yes, that’s pretty cool, and you should do it.

If, like me, people have only said something barely similar like, “You should write a quirky sitcom about your life that gets canceled after one year causing a brief uprising of 17 fans and a petition-signing campaign that results in a really bad final Netflix season,” then you might want to skip it.

But then I think of all of the bloggers and authors out there writing about everyday life. About family and illness and marriage and jobs.

We read that stuff because we relate to it. And when we realize there are about a bazillion of us going through the same things, maybe our stories don’t feel so much like the high school sophomore English assignment.

In college, I wrote a book about my grandmother’s life. I wrote down all of the stories she had told me across the Sunday dinner table full of dirty dishes. Most of those stories would have been pretty ordinary while she was living them. Her family tended their gardens and plowed their fields, buried babies and grandparents, walked miles to school (really!), cooked, prayed, fought and laughed.

And every moment fascinated me.

But my grandmother never asked, “Why do you want to know this stuff? It’s not important…it happened so long ago.”

Nope, she never appeared to doubt the value of those stories. She owned her 70+ years of ordinary, and she had carried it with her all this way.

I am owning my story, too. All of it.

The climactic moments and the Facebook highlights…the sidebars and the backstory…the typos, deletions, and crossed out parts…and every single moment I am living between the lines.

I’m linking this post up with #Wholemama for July, because the theme of living in the “ordinary” is one of the reasons I changed the name of my blog this past spring. Not so happy with your ordinary? I’m sure you’ll learn to love it more after hearing from the other bloggers, too. 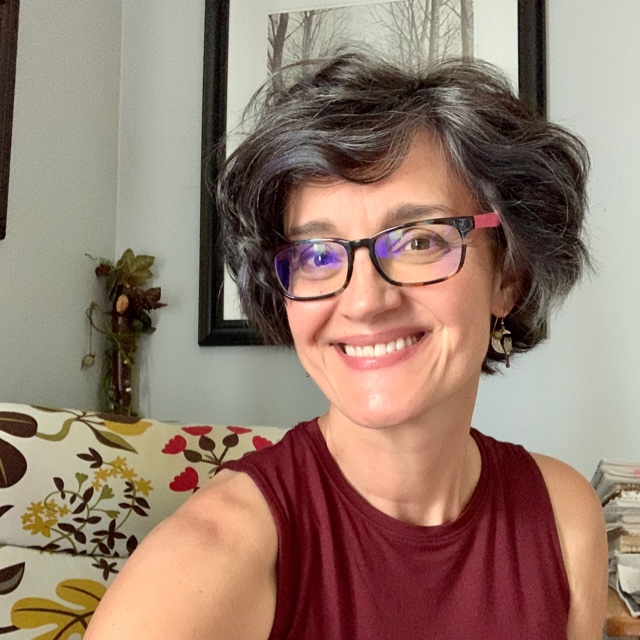